During some restless teenage years in Bangalore, it was boxing and kickboxing with a dog-eared edition of The Tao of Jeet Kune Do.

Then ensued a long break where activist adventures and delusions of revolutionary grandeur across multiple continents held captivation for head and heart, with ciggies and booze emerging as two bosom travelling companions.

Now, as I come to the end of my significantly mellower and peaceable thirties (rooted in Minneapolis of all places on earth, whoulda thought?) – I’m back to being obsessed with combat sports.

As the glory and responsibilities of being a family man bless me with identity and meaning, there is still one part of me, a restless part of my soul that clamors for full realization.

This need for the relief of realization, as I’m starting to call it, lies at the heart of that restless part of my soul, which for now finds a modicum of groundedness in seeing two cage fighters beat the crap out of each other for my entertainment.

Of course, my obsession with combat sports will not be without self-critique.

How can it be?

That will negate the quest for full realization.

Simultaneously, I celebrate the fact that it grounds that restless part of my soul.

I think one reason might be because it helps with fear – fear that resides in the pit of my brain, causing it and thus me to do dumb shit.

I go back to my many escapes, from what feels like lifetimes past.

And in this most blissful of life stations, happiness running over, struggle always coupled with joy, love in my life like never before, I now know that the relief of realization lies in inviting this fear – the fear of death and ending – into my life as an authentic friend and loyal travelling companion.

This fearful friend then makes me grateful for the life I’ve led thus far and whatever might lie ahead.

At a less pristine level, it also makes me very, very grateful for crazy-ass cage fighters like Gamebred and Showtime, defying the bookies against bigger, heavier fighters and knocking them the fuck out.

(Now, if I can just deal with the inherent toxic masculinity interred in MMA, we’ll be good…) 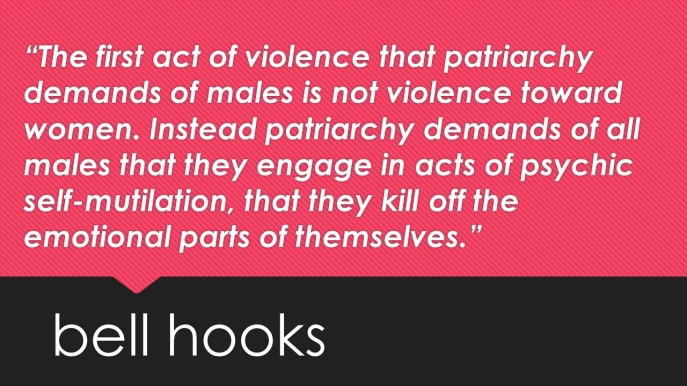 The unified rules of mixed martial arts, or MMA, allow for fighters to continue striking a fighter who’s down on the ground in order to get a TKO victory. Indeed, having good “ground ‘n’ pound” skills is an absolute must for any MMA fighter hoping to make it to the big show.

Occasionally, referees get a little caught up during a fight-ending ground ‘n’ pound barrage and the grounded fighter takes a few more blows to the head than necessary for a fair fight ending. It happens in the craziness that is MMA. It’s part of the sport, as all fighters will publicly tell you.

Sometimes interviewers and journalists question fighters on their fight ethics and sense of fair play if they pound on an obviously unconscious opponent in an adrenalin-fueled rush.

This happened on February 19th 2017 at UFC Fight Night: Lewis vs Browne, following the main event.

A few minutes after Derrick Lewis landed one more hammer fist than was probably necessary onto the unconscious, battered face of a supine Travis Browne, he was surreptitiously asked by the post-fight interviewer about that needless final strike.

A tired, sweaty Lewis, fresh from his TKO victory, surprised people by making no bones about the fact that he enjoyed that last punch, huffing, “He calls himself a man, but he likes to put his hands on women…forget him.”

He went on to state his hatred for wife beaters as he “saw that shit growing up.”

This made sense to the average UFC consumer. It was common knowledge that the man Lewis had just tenderized into oblivion, Travis Browne, had been accused by an ex-wife of domestic violence in 2015. The UFC had already established a long, ignoble history of shielding fighters with a history of domestic violence. Many commentators and consumers liked the retributive appeal of Lewis’ honesty regarding wife beaters and sympathized with his childhood experiences.

It was, however, the statement he made right at the end that made the interview go viral.

“Where Ronda Rousey’s fine ass at?” he deadpanned into the mike.

He was referring to the UFC pioneer and trailblazer for women’s combat sport, Ronda Rousey, who also happened to be dating Travis Browne at the time (much to the chagrin of many a feminist combat sport enthusiast who had once hailed her).

That interview and the surrounding bit players encapsulated a lot about the norms of masculinity embedded at the sport’s core, as manifested by the man they were interviewing and his off-the-cuff answers.

For Derrick “The Black Beast” Lewis is many things.

He is arguably the most authentic fighter making waves in the UFC elite today; A 6’3” behemoth of a man, with a devil-may-care flair for words, caveman-brawling his way through the upper echelons of the heaviest weight class in the sport.

He is a popular social media figure without seemingly putting in any effort other than just being himself; His unapologetically racial and sexual humor pushing cultural boundaries much to the chagrin of many a white fanboy commentator who secretly wished they did the same.

But he is also someone with a keen awareness of violent manhood, both as a survivor of domestic violence and an unapologetic hater of men with a track record of the crime. Indeed, soon after the Travis Browne fight, Lewis said that for the exact same reasons he would like to also knock out Greg Hardy, a proven domestic abuser whom the UFC welcomed into its fold with open arms.

Lewis makes pains to point out that it’s not a white knight syndrome at play (“I ain’t looking to save no one”)  but rather a deep personal hatred stemming from the abuse he witnessed being inflicted upon his mother by his stepfather.

It is with that same authentic tone that he sees combat sports, in a refreshingly unique and self-aware way, as nothing more than an activity providing him a way out of financial hardship. A rarity among fighters who almost always claim higher purist goals of martial valor or legacy.

Displaying a completely different kind of authenticity is the intelligence-insulting, gleefully sexist, and unabashedly nationalist Dana White – head honcho of the UFC and ardent supporter of Donald Trump.

A former hustler and boxercise instructor, he got into the MMA game by convincing his rich buddies, the Fertita brothers in Vegas, to buy the UFC way back in 2001 during its Wild West days and install him as president. Fast forward nearly a couple of decades and Dana White is the most powerful man-child in the world of MMA today.

A perfect example of what he stands for needs a brief retelling of a sordid story – that of a former UFC fighter who went by the actual legal name of War Machine.

Picture the worst stereotype of a cage fighter, and you have a sense of Mr. Machine.

On August 8th 2014 War Machine assaulted his former girlfriend, Christy Mack, in an attack so vicious it left her with 18 broken bones, a broken nose, missing teeth, a fractured rib, and a ruptured lung. He went on the lam and was finally arrested on August 15th 2014. He was later tried and convicted on 29 felony counts, including kidnapping and sexual assault with a weapon, currently serving life in prison and blogging about how men are currently more persecuted than Jews were during the Holocaust or African-Americans were during Slavery.

Following War Machine’s arrest, Dana White was asked about it and the horrendous brutality suffered by Christy Mack. His response in a nutshell?

“It’s horrible! Every time I have to see ‘Ex UFC Fighter’ when the stories are written…Ever heard of Viacom? That’s who he fights for. He fights for Viacom. Not the UFC.”

Hey, at least he was honest about what mattered to him.

Indeed, many say that what sets Dana White apart from most other fight promoters is his inability to utilize a filter. He speaks his mind, almost as if he’s pure id. He regularly throws fighters under the bus, contradicts himself, lies about his lies, and otherwise acts in ways generally reserved for spoiled middle schoolers. But he’s rich and powerful, so people pay attention to him.

After all, boys will be boys, and men will be men.

Dana White and Derrick Lewis, boss and employee, offer contrasting lenses into the cultural milieu of combat sports, and in doing so reveal a lot about themselves and the sport they participate in. White lays bare the toxic foundation of commercial combat sports by vehemently trying to deny its existence, whereas Lewis reveals the contradiction of cage fighting by being unabashedly broken.

Lewis is a popular fighter who speaks his mind because he would be bored otherwise, holding a very personal hatred for women beaters, and acknowledging that he fights because he needs a paycheck. In his uniqueness, he exposes the UFC for what it is at its core – a marriage between violent masculinity and vulgar commercial power – mirroring what is still valued the most in our society, nakedly enacted by White.

However, the cultural lenses that Lewis with his authenticity and White with his id provide go a bit beyond that.

Therein lies the rub that someone like Derrick Lewis inadvertently exposes when he stays true to himself on the mike.

Therein lies the rub that someone like Dana White inadvertently exposes when he tries to cover up his inadequacies with bombast.

It is at this internecine fissure that prize fighting reveals the vulnerabilities of its masculine cultural foundation. An activity that valorizes violent masculinity being performed by men and women who have likely been on the receiving end of violent masculinity at some point in their lives, and probably came to said activity because of it.

‘tis the tragedy that begets the cage fighter…

Yeah, I’ve decided to hitch on what I see as a rather kick-ass W.I.PoC bandwagon in Congress for a while. Mostly because I’m a news junkie and I’m tired of seeing old, white rich dudes rape and plunder their way to wealth and power. It really is a dampener on my infotainment binges.

Not to mention that fact that this wretched cesspool of predatory capitalism and misogyny that’s destroying our planet needs some voices up top fighting the good fight (until we can tear it all down that is).

Yes, they’re all politicians and they’re all eventually going to disappoint sooner or later, but at least with AOC, Ilhan and other immigrant women and women of color in Congress, I’m absolutely certain that they’re not going to sexually assault someone.

I also truly feel like they give a shit about stuff beyond personal gain. I’m not suggesting their egos and ambitions aren’t at play, but I have always found that women in power are able to at least care about others around them to a greater degree than men in power.

Not being a sexual predator and furthermore, actually giving a shit about people around you, is in fact a rather low bar, but it is one that I would like all of my elected leaders to first cross before making any policy changes.

And it seems like most old rich white dudes not named Bernie Sanders are incapable of the same.

So yeah, AOC, Ilhan, et al…you have an utterly useless voice of support in me – a fringe lefty who cuddle-tortures his pets and considers the criminalization of cannabis to be backward as fuck.

All hail our W.I.PoC warriors, wherever they fight those good fights and blaze those good trails.

Brothers and fathers and allies alike – unite in defending the matriarchy.